09 December - 22:00
DEBORAH DE LUCA - TIRANA
Born under the shade of the sails of Scampia, difficult neighborhood at the periphery of Naples. Born in 1980, she embarked on a career in the music world working very hard , starting as a waitress in many clubs and then as a dancer for several years.

When she was a teenager she moved to Northern Italy for the high school, started a route into the world of fashion industry studying to become a fashion designer, but soon she understands that his path was in a completely different direction, enthusiasm for the night life in the local gave her the right reason to start a journey that now counts a lot of people who appreciate her, first of all for her talent. Came back soon to live in her hometown, Naples, who led Deborah to work on her knowledge into new music genres and trends, giving shape to a charisma that immediately has worked hard with productions signed by her as Sola_mente Records label founded in March 2013.

Her music in a few years, became a high quality brand, a good fusion of hard techno and minimal sounds without ever being common . All of this is synonymous with passion and strong personality.

Today, Deborah De Luca plays all over the world and continues to produce always fresh and innovative music , although she doesn't belong to any musical trend, but conciliates always different tastes. 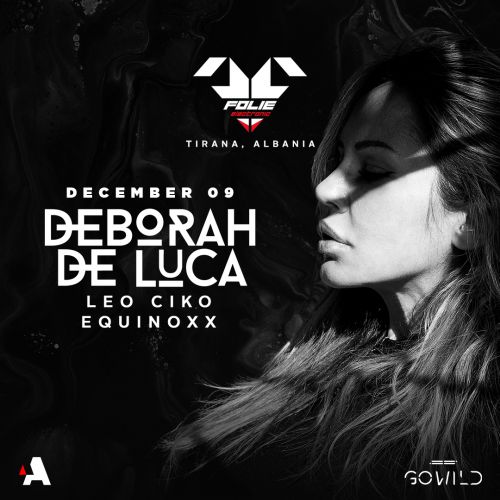 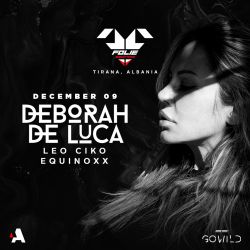 2ND RELEASE
Second Release ticket is the regular ticket at a reduced price.

This event is organized by: